Home » Blog » Is A Mini-Split Cooling System Right For Me?

Is A Mini-Split Cooling System Right For Me? 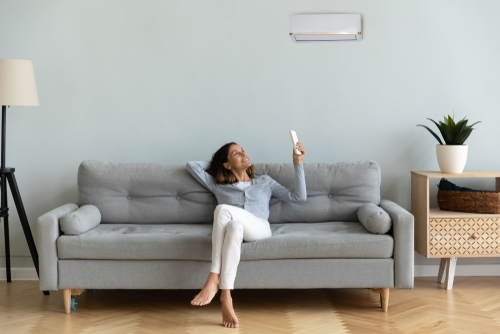 Believe it or not, we’ve passed the midpoint of spring – which means heat and humidity will soon descend on eastern PA. If you own a house without central air conditioning, you’ll probably soon be lugging heavy window A/Cs out of the basement or attic for another year of light-blocking, floor rattling performance.

But there is another way.

If your home doesn’t have ductwork but you still want a quiet, efficient way to cool it, why not try a mini-split air conditioning system?

What Is A Mini-Split A/C?

They’re the perfect option for homes that have hot water baseboard heating rather than ductwork – and a great way to add A/C to hard-to-cool rooms and home additions.

Benefits Of A Mini-Split A/C

Compared to traditional central and window-mount cooling systems, mini-splits are:

Ready for a big upgrade to your window A/Cs, or need a cooling system to supplement your central air conditioner for a new home addition? Install a Fujitsu mini-split system in your eastern Pennsylvania home! For a FREE, no-obligation estimate on a ductless system installation in eastern PA, contact the pros at Oehlert Brothers today.